Okay, we've progressed to freaking out over here.
At my last fertility clinic visit in mid-December they said that I didn't need to take a home pregnancy test becuase "the blood test is more accurate, don't waste your money". That would be all fine and dandy except my pregnancy test was due December 24th and the clinic was CLOSED for the holidays...UNTIL JANUARY!!!!
So I'm having to do my blood tests at my family doctors office. And they do not understand early pregnancy fears and the need to IMMEDIATELY KNOW WHAT THE HELL IS GOING ON WITH MY BODY!!! Holidays be damned!
I ended up having to do my first "beta" on December 23rd, when I should have been either 12 or 13 DPO (probably 13, but if we err on the side of lowest possible DPO I'd go no lower than 12).
I got the results back today and it was 26. Basically one number higher than what they would call "equivocal" results (which the dictionary defines as 'open to interpretion').
Super. So as of last Thursday I just barely tipped the scales into pregnancy territory.
Now since then I've had two 'pink line' tests which showed a darkening line from barely visible on December 24th to obviously positive December 26th (but not as dark as the control line). I wasn't however, able to do the second half of my blood 'beta' test until today (118 hours later to be exact) to show whether or not I'm 'doubling' at least every 48 hours.
And they won't be able to get the results of that test to me until tomorrow!
I think I might need a paper bag to breathe into until then.
In. Out. In. Out. 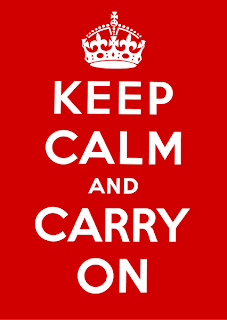