It's here. August 15th 2010. The day that Aidan was 'due' to be exactly 40 weeks gestation and deemed ready to be born by conventional medical wisdom. I have no illusions that Aidan would have been born on this particular day. Statistics say that only 5% of babies are actually born on their due date. My heart defect makes that even less likely. If you are to believe my OB, it would have been more likely that had everything gone according to 'plan', I would have a one month old right now. It's completely pointless, but, despite knowing I would likely not make it to this date pregnant, I was really excited that THIS day was my due date.

For the following reasons:

-My Nana, my mom's mother, was born August 15th 1921. She would have been 89 this year...but she died back in 2007. It was nice that my baby was due on her birth date. When I told my mom what my due date was, she cried. I even saw it as a good 'omen' back when I had all the initial bleeding at 9 weeks. How could anything happen to my little peanut when his/her due date was my Nana's birthday? It just wasn't possible.

-To make my due date August 15th 2010, my LMP (last menstrual period which I'm sure all of you know for your own pregnancies because you have to repeat it over and over at every doctor's appointment), was November 8th 2009. This was the day after my father's birthday last year, and the day we had a party for him at my grandmother's house. I haven't actually seen certain family members since that day.

-My parent's 30th wedding anniversary is tomorrow, August 16th 2010. Wouldn't it have been wonderful to welcome their first grandchild into the world around the time of their wedding date?

-I know exactly where I was last year on August 15th 2009. I was the maid of honour in my friend's wedding. I was wearing a short blue dress, hair curled up by a hair dresser, with a brand new necklace that my friend had given all of her attendants that she got on her 3 month Asian holiday after finishing teaching in Korea. I wore that necklace all throughout my pregnancy as a 'good luck' charm in hopes of making it to August 15th 2010. It is of course, her first anniversary today.

-My husband's birthday was last week on August 8th 2010. He was 32. I likely would have given birth before that...so his 32nd birthday would be the first he spent with his son. A wonderful birthday gift.

All of the reasons I was attached to August 15th 2010, of course, pale in comparison to the fact that I was attached to the idea of having Aidan. It wouldn't really have mattered what day he was born, as long as he came home with us (alive of course).

It actually kind of bothers me that his birth date is April 21st 2010. Not because of anything wrong with that day...but because it is obviously too soon for him to be able to live. How can I attach any significance to that day when all it represents is the day my son died...and had no hope of living. Next year, when April 21st rolls around, I can't even imagine and say "wonder what it would be like to have a one year old"...because there was (almost) no way that I could have had a one year old. Giving birth on that day, from that LMP, with that due date, meant that my was son was born at 23 weeks and 3 days gestation. It meant my son would die. All April 21st will represent forever, is that one more year has passed since I birthed Aidan and then he died 54 minutes later in his daddy's arms. April 22nd will only ever be one more year since the last time I held him. Those days did not hold any fascination for me in my pregnancy time line. April 21st and 22nd were just supposed to be a regular old Wednesday and Thursday. They were not suppose to mean anything..not the way August 15th 2010 was burned into my brain...into my heart.

I wanted to honour his due date in some way. So my husband and I packed up our camera and went to a little church about a 20 minute drive from us. I only found out about this church on June 7th of this year. We first saw it on our 2nd wedding anniversary and I wished I had a camera at that time. I'm not a church going person as you probably know if this isn't my first post you've read...but this church is now forever special to me. 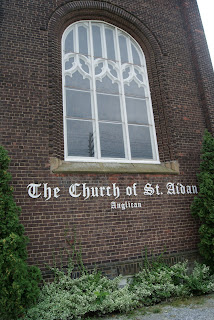 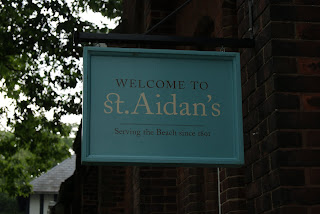 So Aidan, my dear sweet boy, this is not how I envisioned your due date all those months ago on December 3rd 2009 when I found out you were on your way. This is never how I wanted August 15th 2010 to be. I wish you were here more than anything else in the whole world.

You will never be forgotten.

There is nothing more to say.

P.S. I wanted to give a shout out to a few of you who have contacted me by e-mail over the past week. Thank you for your kind words. Always appreciated. I also wanted to wish a happy due date to Kristin, Andy and Stevie. Thinking of you and hoping this day was gentle to you.